Graduation ceremony includes completion of a khatam of Sahih al-Bukhari 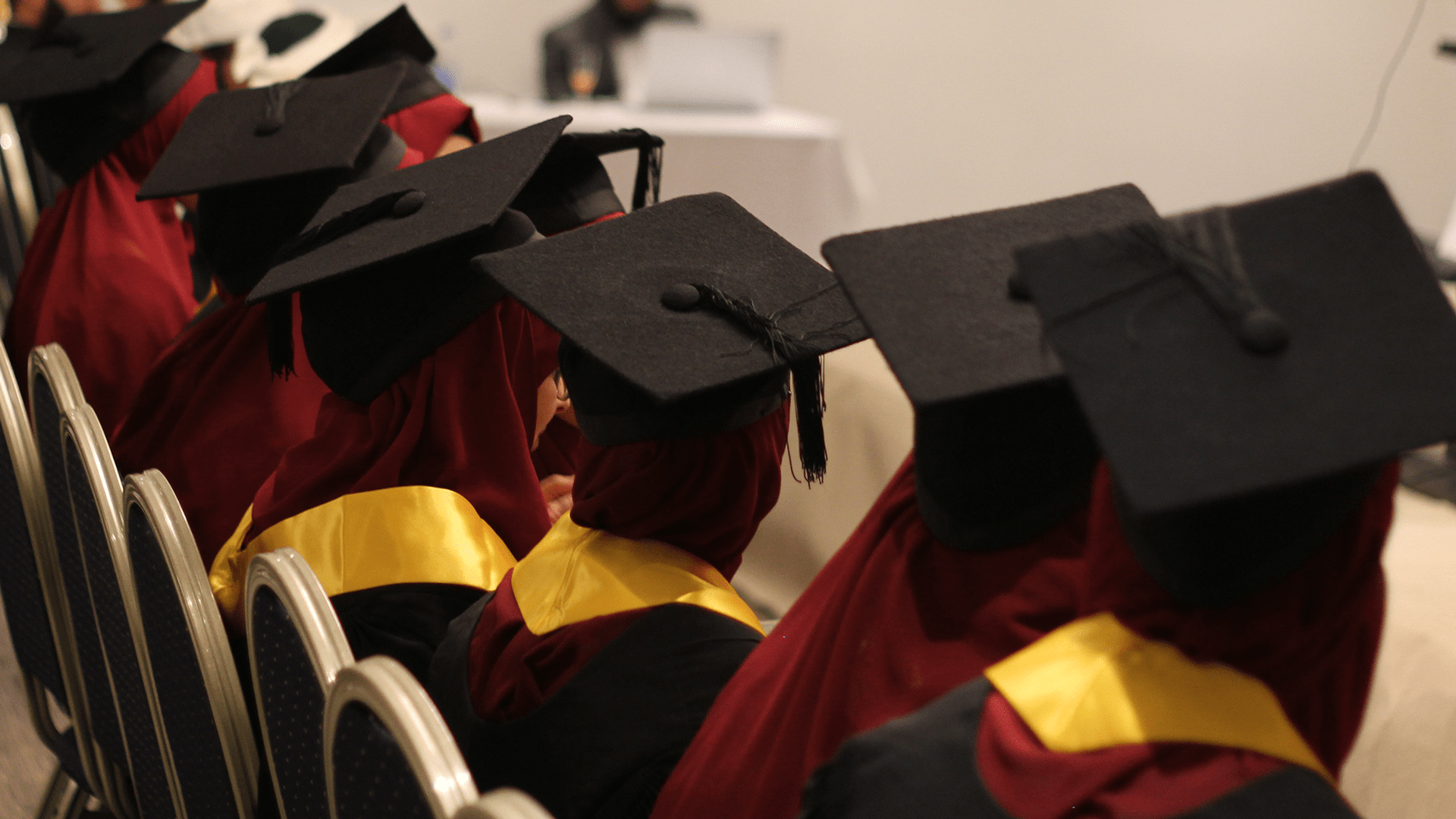 On the evening of Saturday 23rd of March over 200 of Ebrahim College’s faculty, students and their families, as well as friends and supporters, gathered at The Atrium banqueting hall for the yearly graduation celebration. A total of eighteen students graduated from the Arabic Intensive programme, six from the Alimiyyah, and fourteen from the Dawrah, a final intensive study of Hadith, which completed their education at the College.

The event featured short speeches by members of faculty, the completion of a khatam of Sahih al-Bukhari, the sharing of ijazas and certificates, including students who had studied the seven and ten qira’at of the Qur’an, as well as student reflections. Ebrahim College Co-Founder Shaykh Shams Ad-Duha appealed to graduating students to make the most of their knowledge and to be active in spreading knowledge and prophetic guidance in their communities. This was followed by the heartfelt dua of Senior Lecturer in Islamic Jurisprudence, Mufti Barkatulla. The evening was concluded with a delicious meal and an atmosphere of celebration and joy for students after long years of hard work. 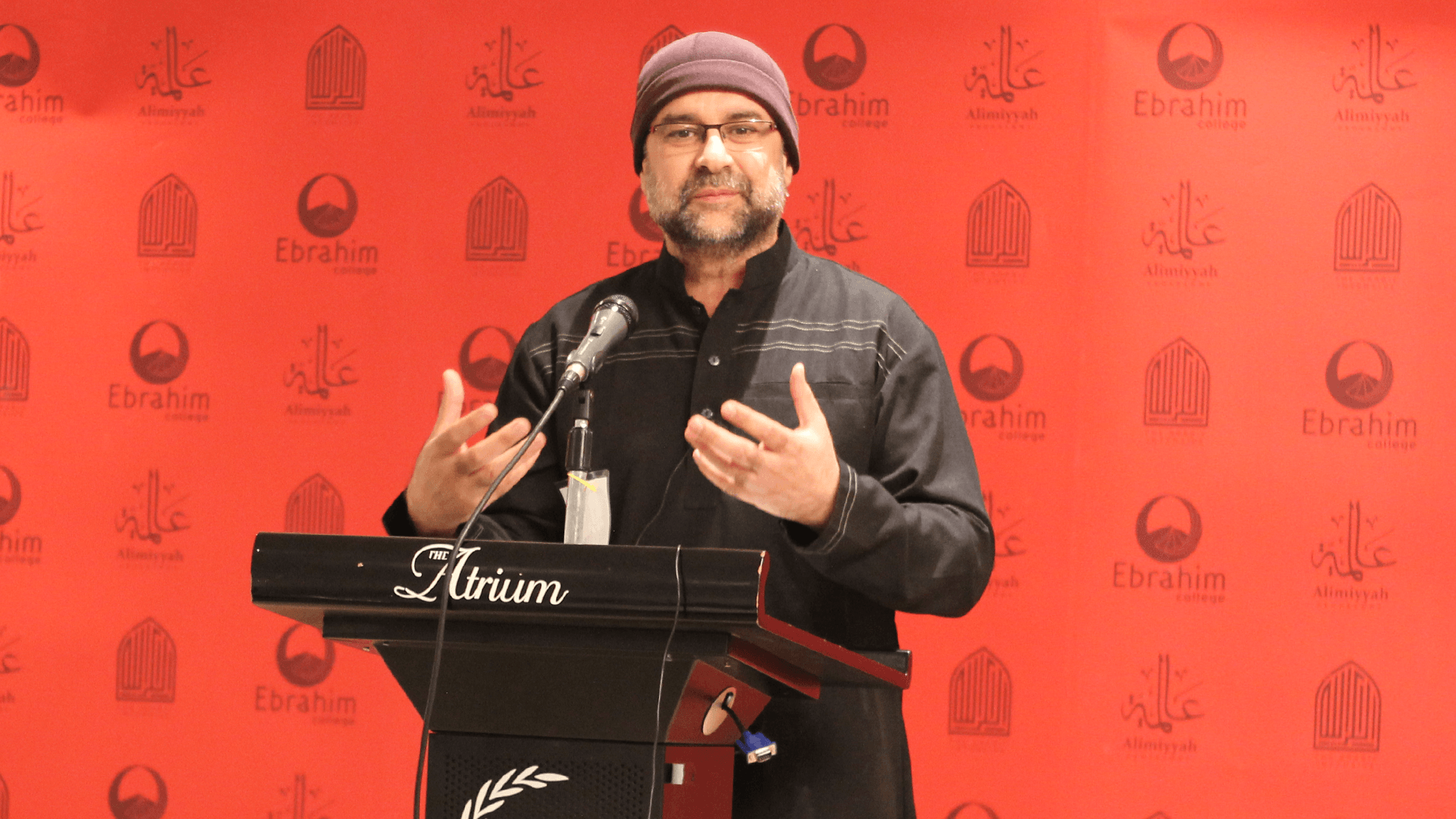 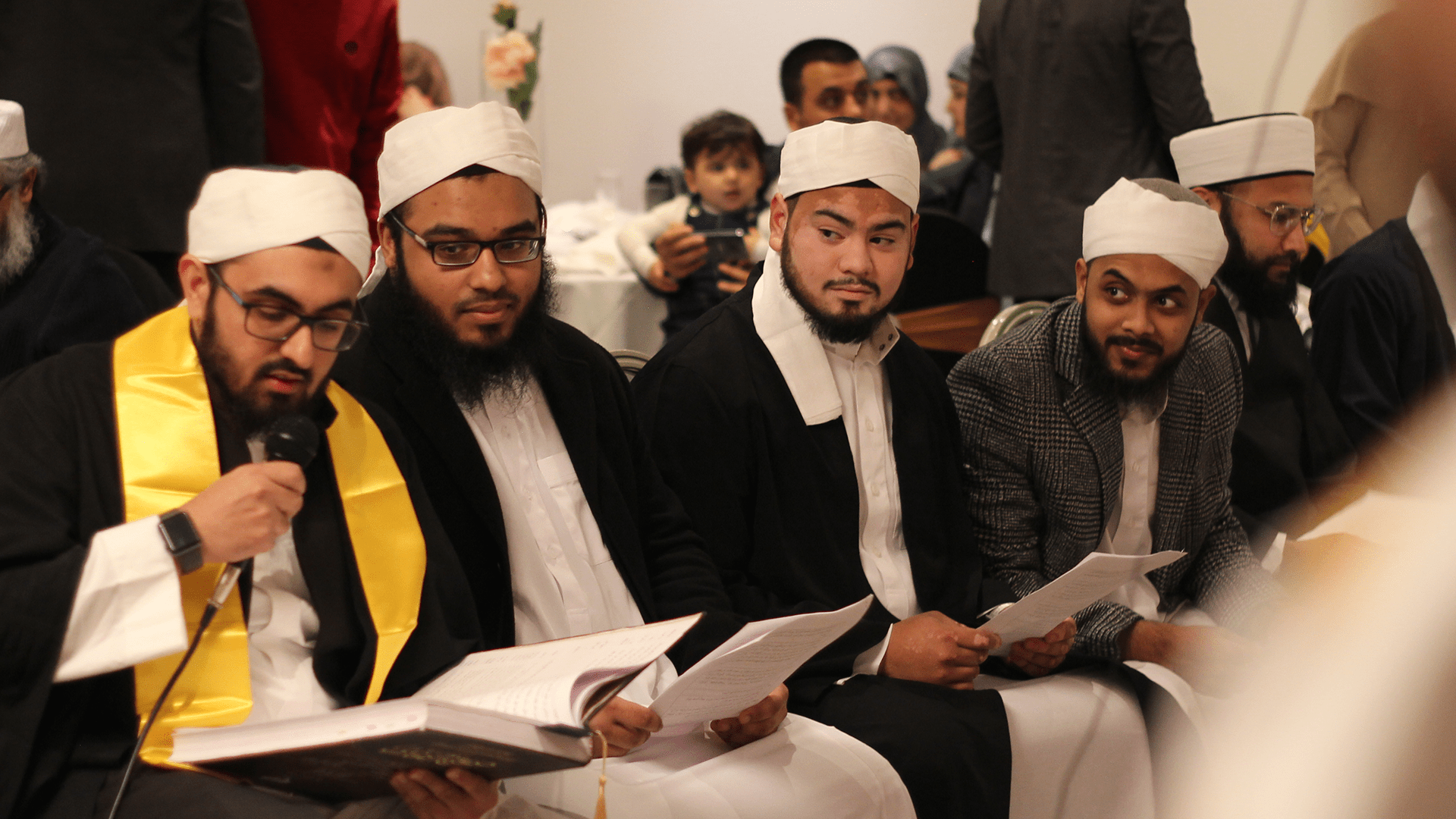 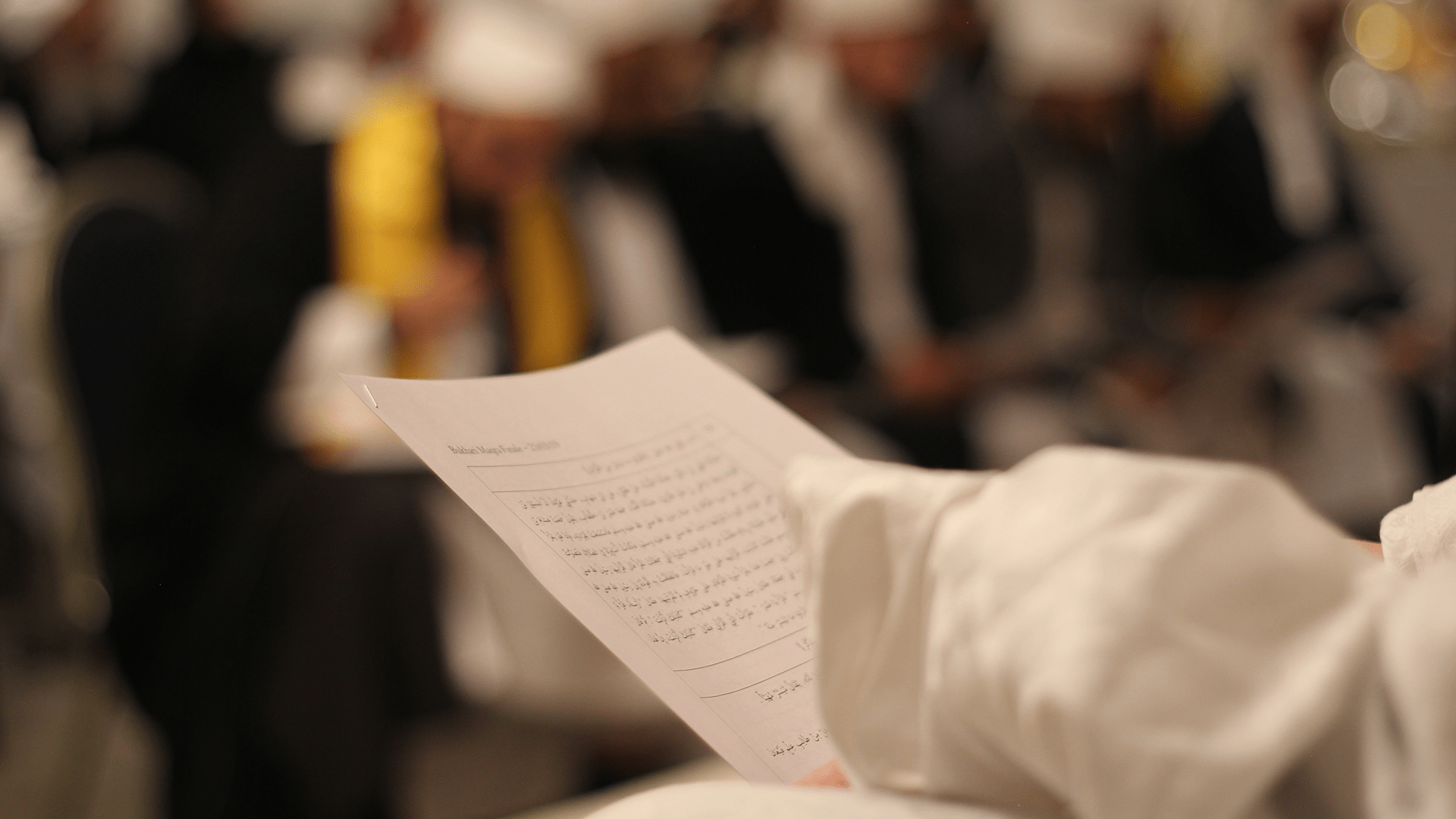 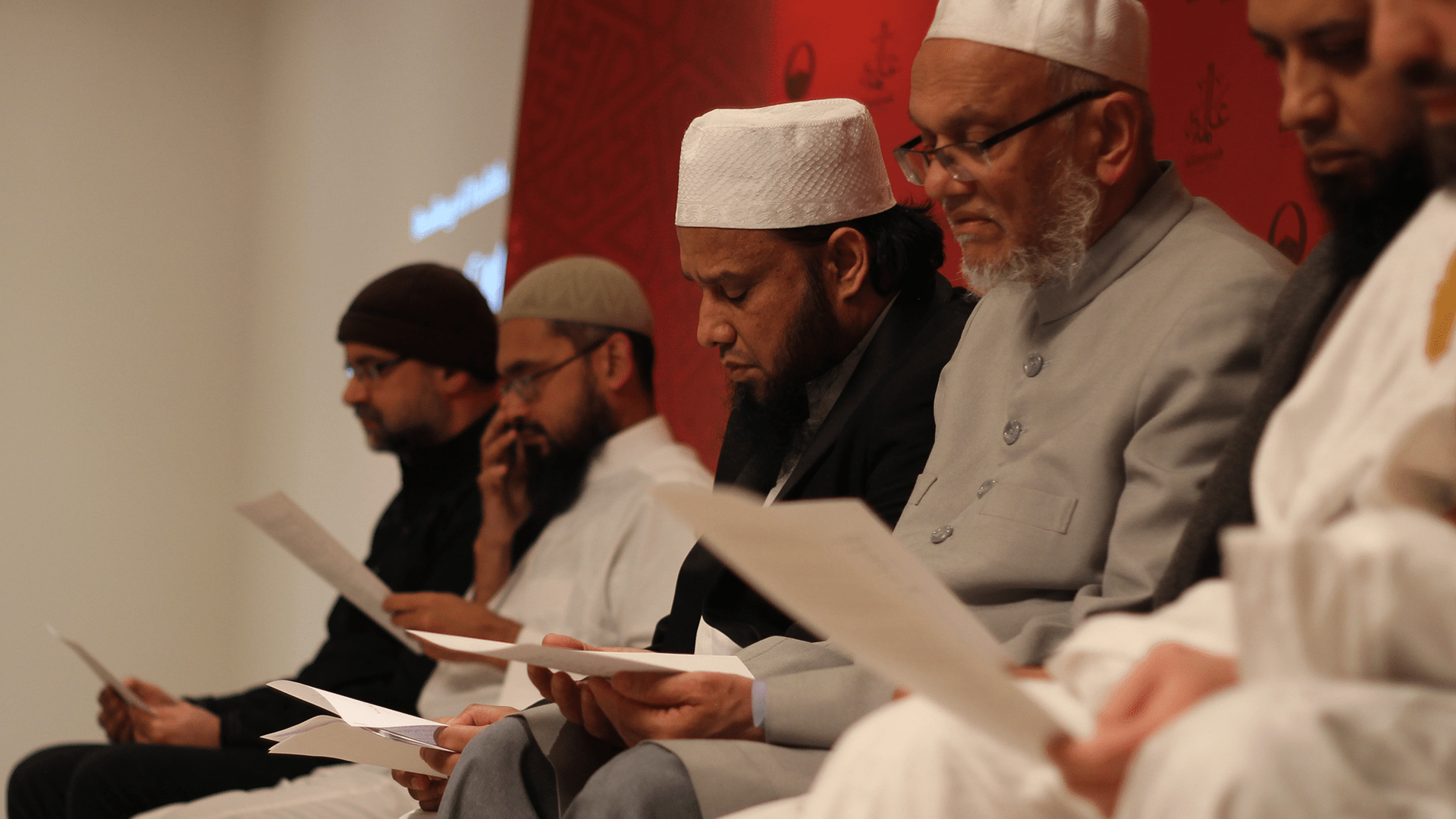 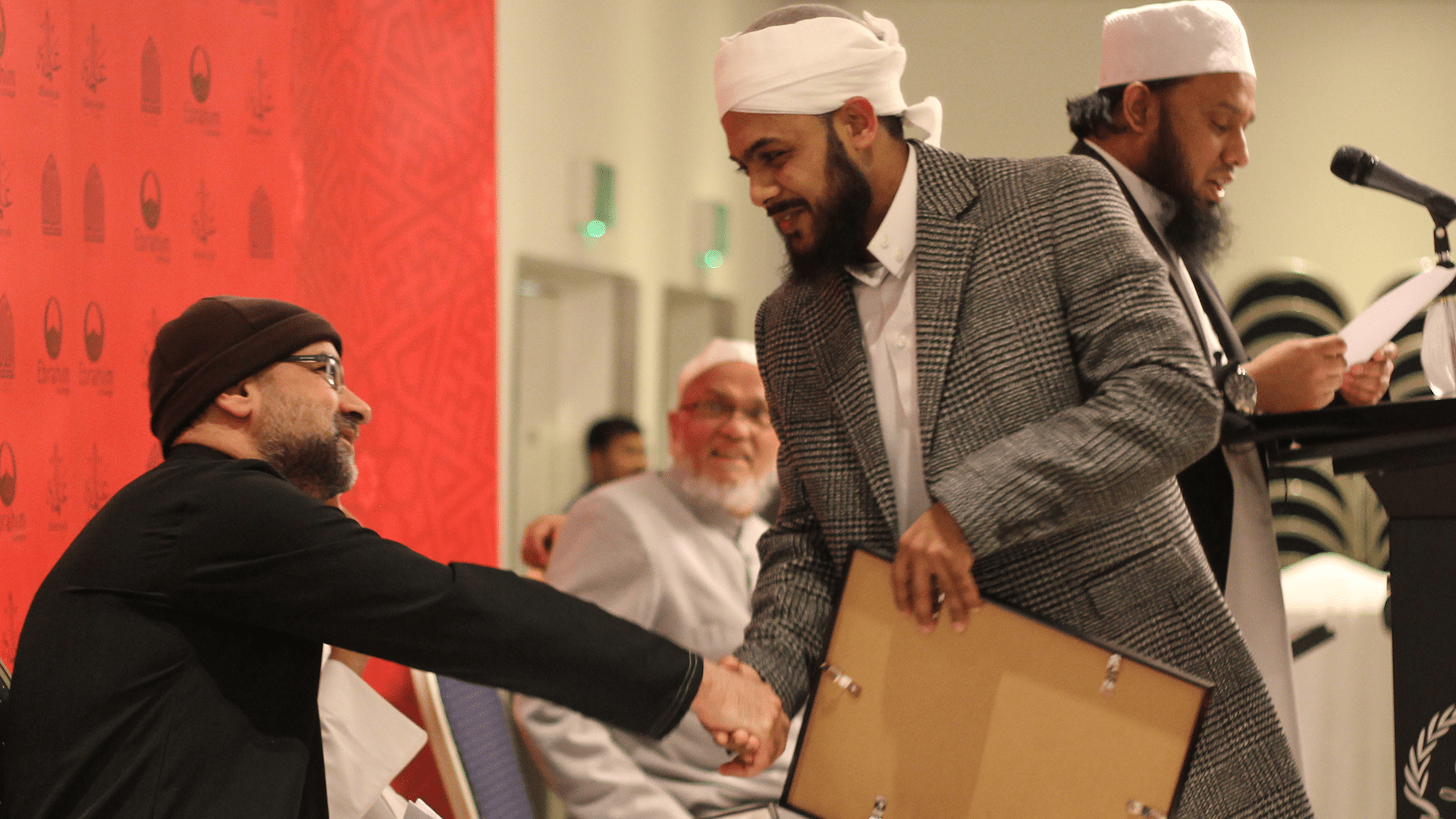 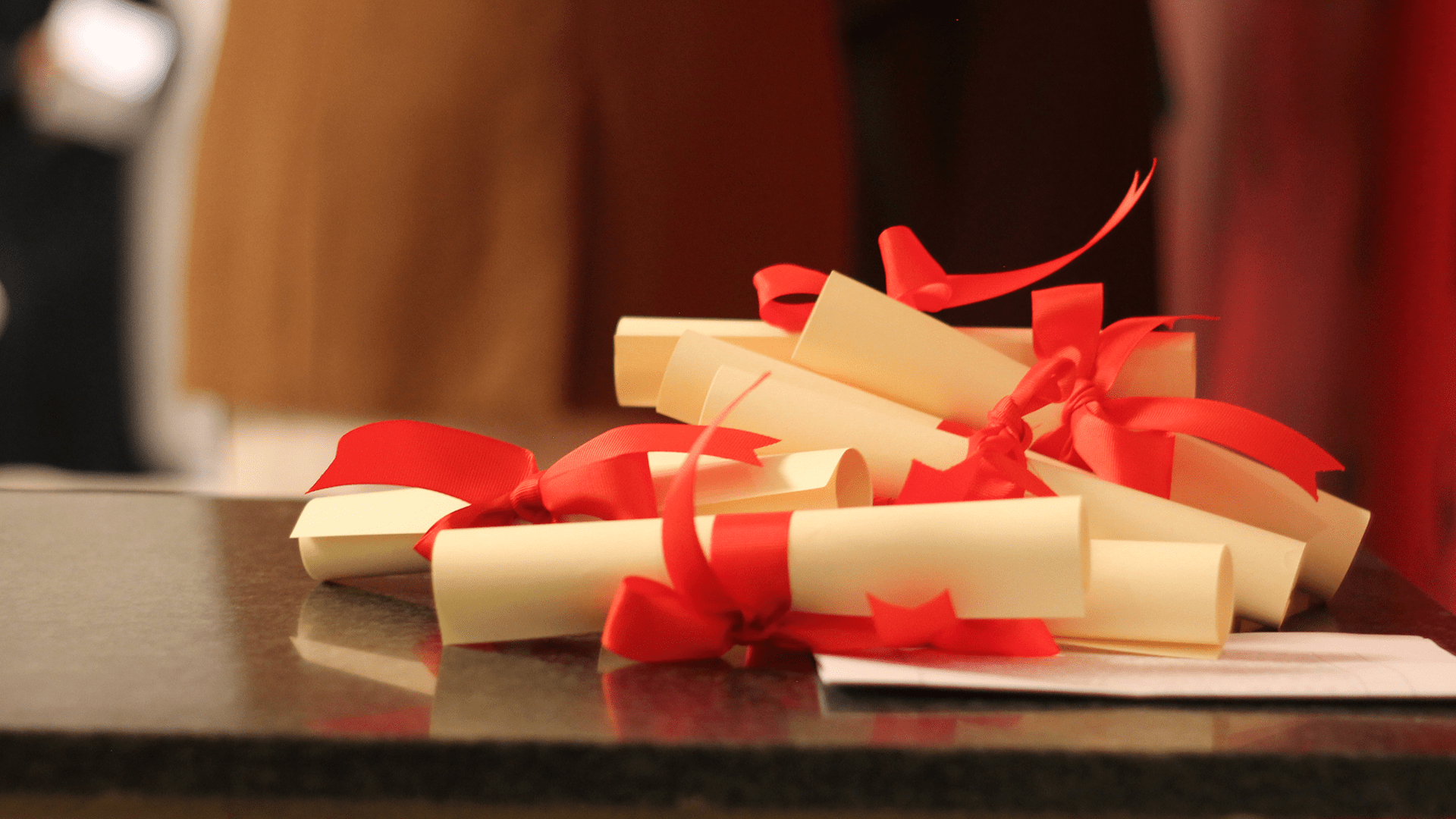 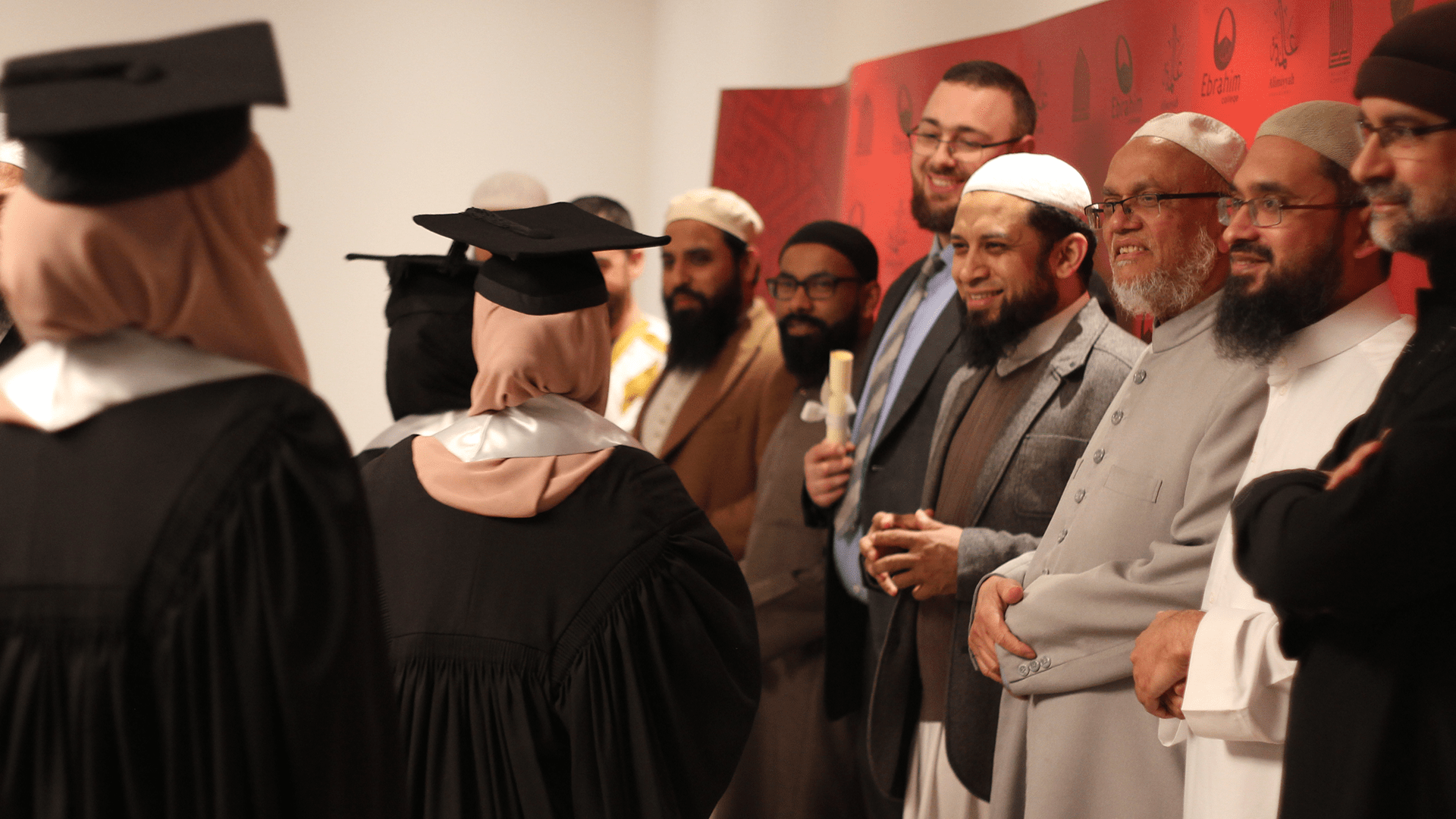 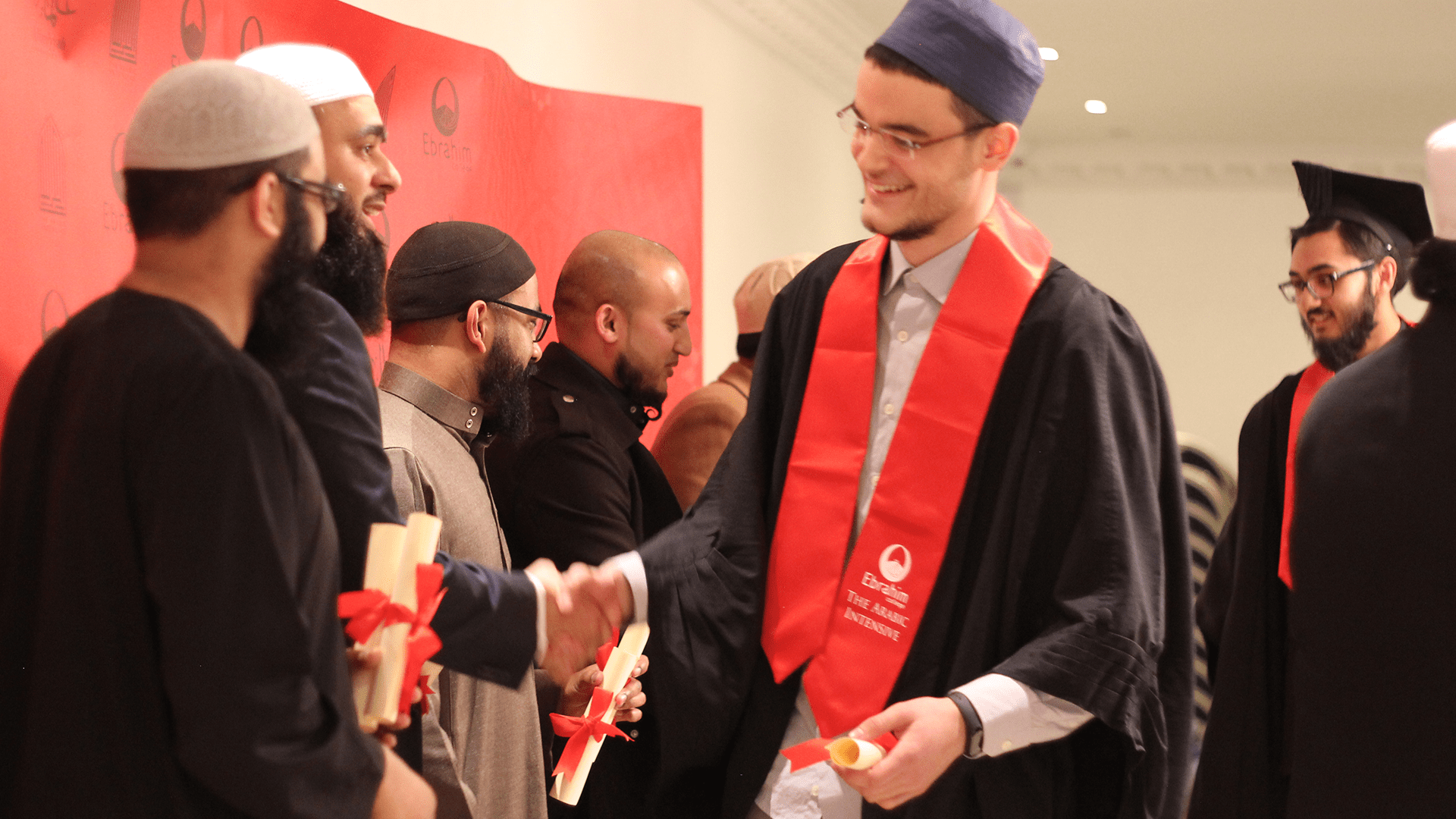 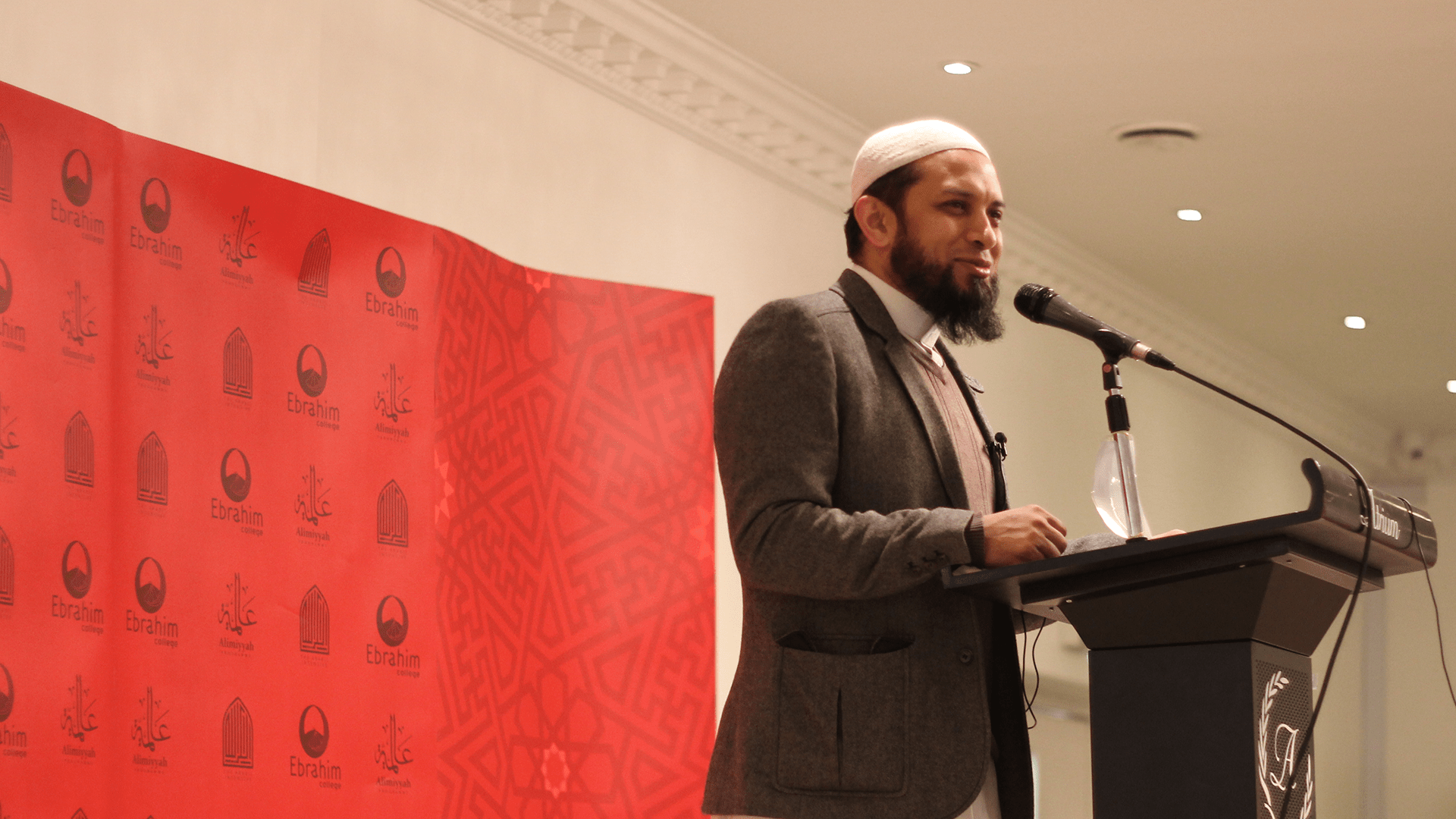 Ebrahim College was established in 2003 as a Darul Uloom style seminary appropriate for the modern world. The aim was to benefit from the rigour and credibility of the traditional Darul Uloom and, where it was deemed beneficial, merge it with the best in modern curriculum development, pedagogy, technology and research.

Ebrahim College has developed a unique curriculum for an Arabic Language programme that aims to enable students to be able to read, write, speak and understand Arabic in one year.

The Arabic Intensive is taught at our main campus in London and is designed for students motivated to learn Arabic in order to gain access to the Qur’an in its language, access to Islamic texts, future academic study or even for personal enrichment.

The Arabic Intensive can also be studied part time over two years – either 3 weekday evenings a week or Sundays only.

The work of the College in higher education and research includes:

The College also runs between 60 and 70 courses a term for adults of all ages covering all aspects of Islam and Muslim life. These courses run on-campus, online, and in the form of outreach based weekend intensives.